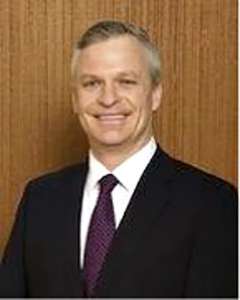 Rico is also active in local non-profit and civic engagement boards, launching and serving as an inaugural board member on both the newly created Affirm Cares Employee Foundation in 2019, and the Wynn Employee Foundation in 2015, during his tenure at Wynn Resorts, LTD in Las Vegas, NV. His expertise and interest in contributing to the scholarly future of public administration positioned him to serve as the lead developer and helped launch Grand Canyon University’s Master of Public Administration (MPA) program in 2010.

Cumulatively, he has over 20 years of experience in federal and state campaigns and government functions in Arizona, New Mexico, Maryland, Nevada, California, Illinois, and Iowa along with corporate development and referendum management in Missouri, Rhode Island, Massachusetts, New York, and Iowa. The genesis of his political career started as an aide to Vice President Al Gore in 2000 in the Vice President’s west wing office, followed by a stint in Maryland working for Lt. Governor Kathleen Kennedy Townsend in her run for Governor (2002) and then Gov. Janet Napolitano’s Arizona Department of Environmental Quality in Arizona in 2003.